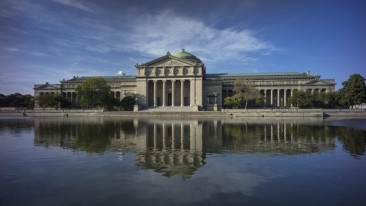 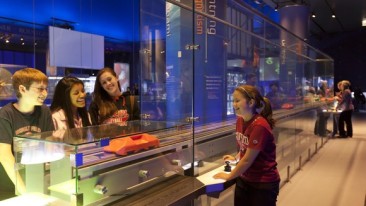 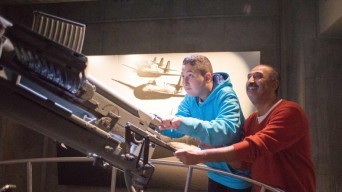 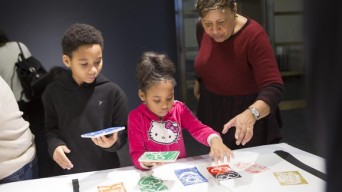 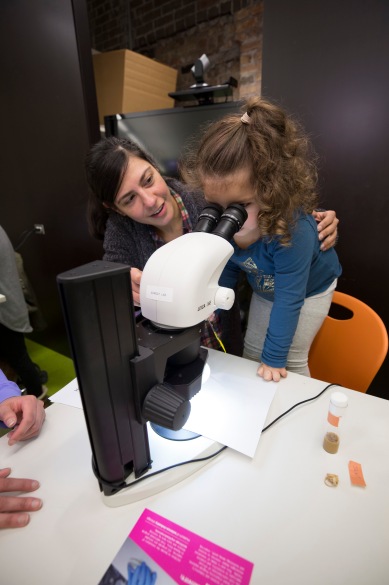 January is a great time to visit the Museum of Science and Industry (M.S.I.) because of discounts for everyone during Chicago Museum Week and free days for Illinois residents during Illinois Free Days and the cost of Museum Entry (general admission) tickets are set to rise in February.  Further, the exhibit Robot Revolution is set to close on Sunday, February 4, 2018 and the Black Creativity festival is ongoing through Wednesday, February 21, 2018.

In the remaining days of 2018 Chicago Museum Week, Museum Entry (general admission tickets) at the M.S.I. are 20% off for adults and children on the 22nd, 23rd, 24th, 25th, and 26th of January.  [During 2018, “Chicago Museum Week” is a “Week” in name only as it lasts for nine days, from Thursday, January 18, 2018 to Friday, January 26, 2018.]  Museum Entry (general admission tickets) at the Museum of Science and Industry are normally $18 for adults, $17 for senior citizens, and $11 for children (ages three-to-eleven).  Admission is free for babies and toddlers two years of age and under.  Now through Saturday, March 31, 2018, when one shops with a reusable bag at Whole Foods® Market grocery stores in Illinois, one can donate one’s ten-cent bag credit toward the Museum of Science and Industry. 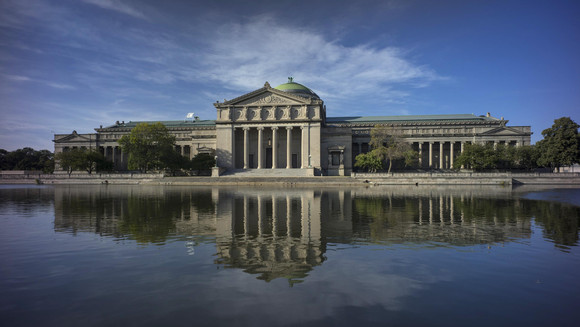 There are twelve cultural institutions under the umbrella organization Museums in the Park.  The twelve participating institutions in 2018 Chicago Museum Week, in the order in which they were founded, are the Chicago History Museum, the Peggy Notebaert Nature Museum (the museum of the Chicago Academy of Sciences), the Lincoln Park Zoo, The Art Institute of Chicago, The Field Museum of Natural History, the John G. Shedd Aquarium, the Museum of Science and Industry, the Adler Planetarium, the Museum of Contemporary Art (M.C.A.), the DuSable Museum of African American History, the National Museum of Mexican Art, The National Museum of Puerto Rican Arts and Culture.  The first Chicago Museum Week was October 1-7, 2015, as I wrote on January 5th (“2018 Chicago Museum Week”).

Founded as the Rosenwald Industrial Museum in 1926, the Museum of Science and Industry opened within the Palace of Fine Arts in three stages between 1933 and 1940, as construction work was completed and exhibits were installed.  The Palace of Fine Arts is the last exhibit building from the White City at the heart of Chicago’s first World’s Fair, the World’s Columbian Exposition (1893) to remain standing in Jackson Park.  The first opening ceremony of the M.S.I. occurred during the first year of Chicago’s second World’s Fair, A Century of Progress International Exposition (1933-34).  Consequently, this year, the M.S.I. is celebrating the 85th anniversary of opening.

MUSEUMS IN THE PARK

Note that on Illinois Free Days, special exhibits like Brick-by-Brick and Robot Revolution, movies in the Giant Dome Theater, an onboard tour the U-505, Coal Mine tours, and the WOW! Tour of the Museum of Science and Industry require separate timed tickets that cost $12 per adult or $9 per child. 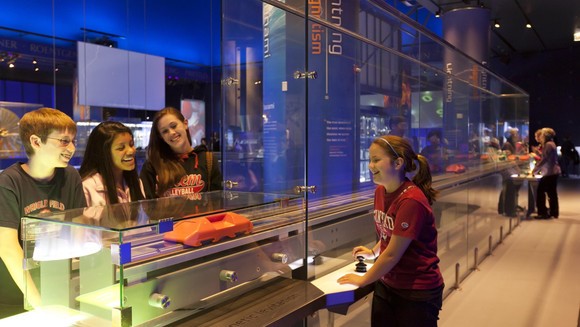 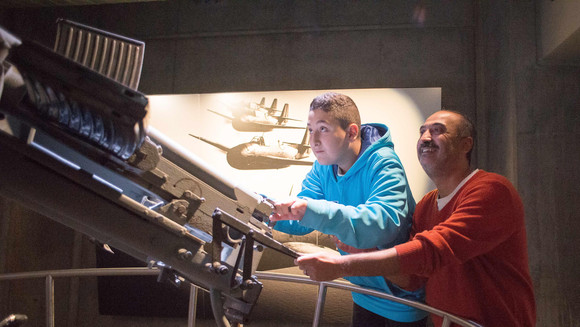 These are the closing weeks of Robot Revolution. The M.S.I. brought back its national touring exhibit, which re-opened on Thursday, May 11, 2017, and will run through Sunday, February 4, 2018, as I explained on August 14th (“The Return of Robot Revolution to the Museum of Science and Industry”).  Google.org, the philanthropic arm of Google, supports the exhibit, which also receives major support from The Boeing Company.  The M.S.I. previously displayed Robot Revolution from Thursday, May 21, 2015 through Sunday, January 3, 2016. 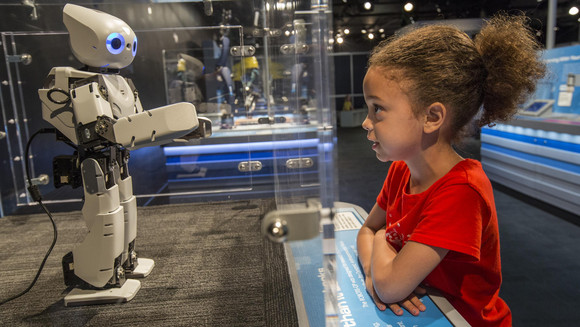 Figure 4 Credit: J.B. Spector Caption: Robot Revolution will close Sunday, February 4, 2018. The ROBOTIS-MINI from ROBOTIS in South Korea does karate, dance, or perform a head-stand on command.  This is a miniaturized version of ROBOTIS-OP, a humanoid robot that senses when a person is looking at it.  ROBOTIS-OP can align its camera-eyes with that of a visitor. 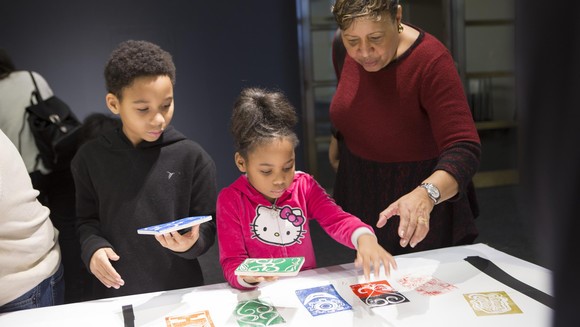 Figure 4 Credit: J.B. Spector Caption: Black Creativity opened on Monday, January 15, 2018 with Family Day and will run through Wednesday, February 21, 2018.  This family is in the Innovation Studio. 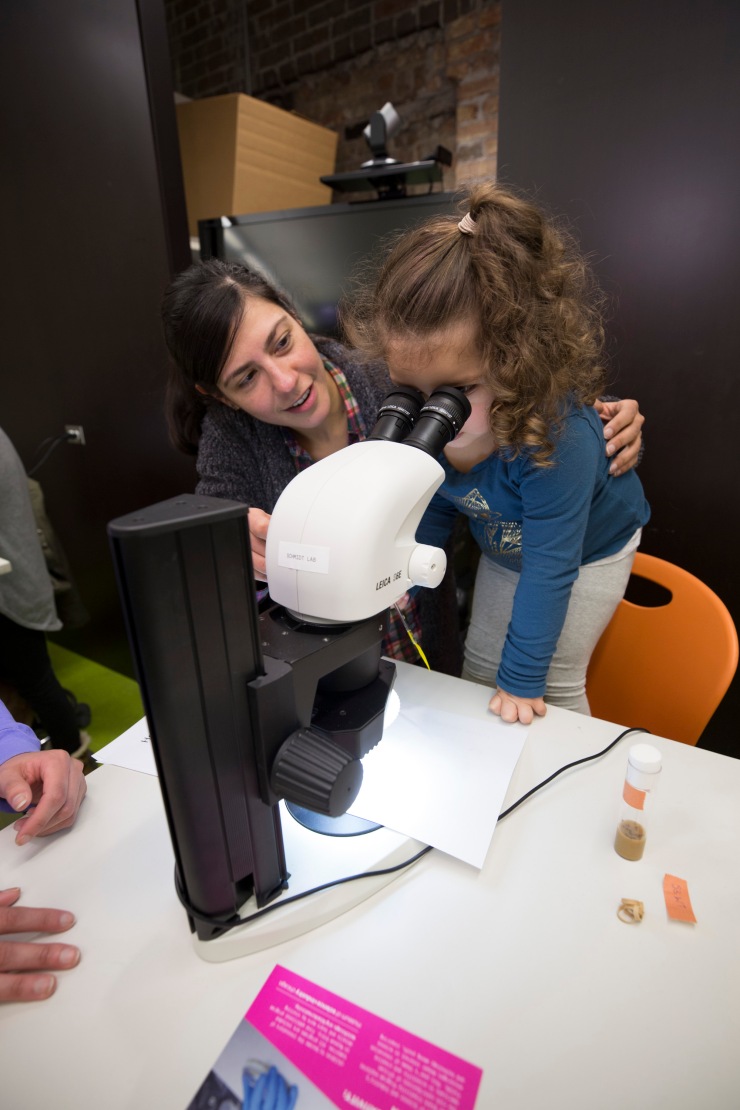 Figure 5 Credit: J.B. Spector Caption: During the Black Creativity Career Showcase, on February 24, 2018 from 10:00 a.m. to 2:00 p.m., children will be able to learn about careers in S.T.E.M. (science, technology, engineering, and mathematics) fields by speaking to professionals.

Currently, on days outside Chicago Museum Week and Illinois Resident Days, Chicago residents can receive a discount on Museum Entry tickets of $3 off for adults and $1 off for children when they purchase tickets on site.  Anyone can save $2 per ticket by purchasing them online.  Active-duty members of the U.S. Armed Services and veterans, Illinois P.O.W.s, Chicago firefighters, Chicago police officers, and Illinois teachers (preschool through 12th grade) receive free Museum Entry tickets for themselves by showing a valid military or occupational identification card when purchasing tickets on-site.  Illinois school groups who pre-register for field trips also receive free Museum Entry tickets.  For details click here.  Illinois home school groups and families can receive free Museum Entry tickets.  For details, click here.  A member of a science center or museum that participates in the Association of Science-Technology Center (A.S.T.C.) Travel Passport Program located over ninety miles from the M.S.I., is eligible for free Museum Entry tickets for two adults and all children under eighteen living in the household, and an additional guest (whether an adult or a child).  One must present one’s science center or museum’s membership card with an A.S.T.C. logo to redeem this benefit.  With a CityPASS, save 53% and skip ticket lines with V.I.P. admission to the M.S.I., the Shedd Aquarium, The Field Museum, the Adler Planetarium, Skydeck Chicago Fast Pass, or The Art Institute of Chicago.  A CityPASS is valid for nine days.  One can purchase a CityPASS online, on-site, or by calling (773) 684-1414.  For more details, click here.  The Go Chicago Card provides access to twenty-five of Chicago’s top attractions and tours for a single low price on a single ticket.  One can purchase a one-day, three-day, or seven-day pass at the M.S.I.  For details, click here.  Chicago Public Library cardholders may take advantage of the Chicago Public Library Kids Museum Passports.  Through the Museums for All program, the M.S.I. offers free Museum Entry to individuals and families presenting an Electronic Benefits Transfer (E.B.T.) card or a Women, Infants and Children (W.I.C.) card, along with a photo identification card.  Each cardholder is entitled to up to two adult Museum Entry tickets and up to six Museum Entry tickets for children (under eighteen).  The M.S.I. makes announcements about special offers through its Facebook and Twitter accounts, as well as through its e-mail newsletter.

Please note that under any free admission offer, there is a limit of six children (under the age of eighteen) admitted per one accompanying adult.  Chaperone ratios and policies for school field trips can be found here and for groups of fifteen or more can be found here.

On Wednesday, January 10, 2018, the Chicago Park District Board of Commissioners voted to approve admission fee increases at the Museum of Science and Industry, which sits in Jackson Park on the South Side of Chicago, and the Chicago History Museum, which sits in Lincoln Park on the North Side of Chicago, as I wrote yesterday (“January is the Right Time to Visit the Chicago History Museum”). The Chicago Park District Board of Commissioners previously approved fee admission hikes for the Museum of Science and Industry in 2013 and the Chicago History Museum in 2016.  “It’s important to point out in Chicago, where civic, public and private partnerships are so important, this validates those partnerships as part of the fabric of this city,” said Commissioner M. Laird Koldyke, according to the Chicago Tribune’s Leonor Vivanco-Prengaman.  “These museums, all of them, they bring people to this city.”[1]

Over 8,500,000 people visited the eleven museums in 2016.  Last year, The Field Museum, the Shedd Aquarium, and the M.C.A. raised fees for certain visitors.  Previously, The Field Museum and The Art Institute of Chicago increased entry fees in 2015.  Currently, the National Museum of Mexican Art and The National Museum of Puerto Rican Arts & Culture have no entry fee.  The Adler Planetarium, the DuSable Museum, and the Peggy Notebaert Nature Museum have not asked the Chicago Park District Board of Commissioners if they could raise entry fees since 2014.[4]