Museum of Science and Industry (M.S.I.) Curator Patricia Margaret Schlesinger, my friend and former colleague, will give a presentation on the M.S.I.’s Ships Gallery at the Wisconsin Maritime Museum in Manitowoc, Wisconsin on Thursday, August 30, 2018 from 4:00 p.m. to 5:00 p.m.  Ms. Schlesinger will be making her presentation with John Llewellyn, Senior Exhibit Developer/Designer at the M.S.I., and they will be speaking about their work on the development of the new gallery of model ships, Ships Gallery, presented by Captain Dave Truitt, which officially opened to the public on Thursday, November 10, 2016.  They will be making their presentation with Remington Cleve, a freelance graphic designer who contributed to the Ships Gallery (as well as other exhibits), and Abbie Díaz, Director of Education at the W.M.M.  The conversation will continue at the W.M.M.’s Sub Pub.

Much as the Museum of Science and Industry has the U-505, a German U-boat from the Second World War that U.S. Navy Task Group 22.3 captured on Sunday, June 4, 1944, the Wisconsin Maritime Museum has the U.S.S. Cobia (SS-245), a U.S. Navy GATO-class fleet submarine from that same war.  The Electric Boat Company in Groton, Connecticut, manufactured the Cobia, but she is similar to the twenty-eight submarines that were manufactured by the Manitowoc Shipbuilding Company, which tested them in Lake Michigan, and then sent them down the Chicago River to the Chicago Sanitary and Ship Canal to the Des Plaines River to the Illinois River to the Mississippi River to New Orleans on the Gulf Coast of Mexico. 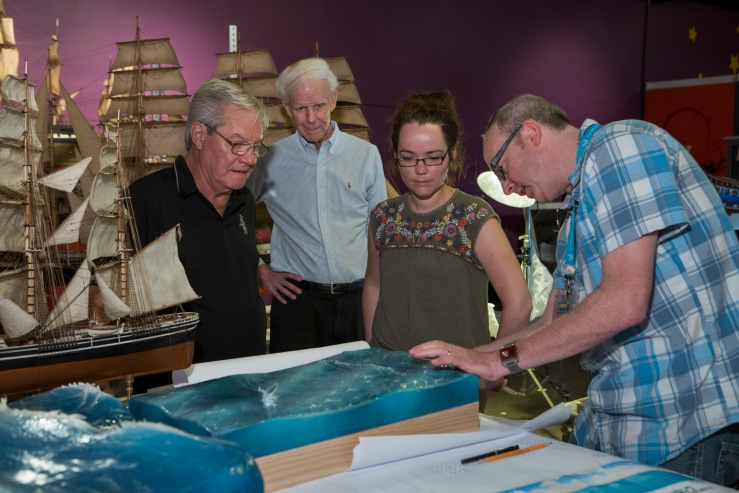 Figure 1 Credit: J.B. Spector, Museum of Science and Industry Caption: The new Ships Gallery includes custom-built dioramas that places each model ship in an appropriate setting.  John Llewellyn is on the right.

Admission to this event, “Presentation: Ships Gallery at the Museum of Science & Industry,” is covered by general admission tickets, which are $5 for the public and free for members.  Tickets that cover general admission to the museum and tours of the Cobia are $15 for adults, $12 for senior citizens (sixty-five-and-over), $8 for youths four-to-twelve, and $12 for veterans.  Children three-and-under are free.

1 thought on ““M.S.I. Curator to Give Ships Gallery Presentation at Wisconsin Maritime Museum” by S.M. O’Connor”