The next adults-only event at the Museum of Science and Industry (M.S.I.) will be “MSI After Hours: Get Animated” from 7:00 p.m. to 11:00 p.m. on Friday, September 21, 2018. Guests can watch the Pixar 3D computer-animated short film Bao (2018) which appeared in theaters over the summer before The Incredibles 2 (2018) and attend an exclusive conversation with producer Becky Nieman-Cobb and director Domee Shi.  Ms. Shi is the first woman to direct a short film for Pixar.  Guests will also be able to explore the new exhibit The Science Behind Pixar.

The Science Behind Pixar, a traveling exhibit created by the Museum of Science, Boston and Pixar Animation Studios, opened at the M.S.I. on Thursday, May 24, 2018, and will run through Sunday, January 6, 2019 (the Feast of Epiphany).  It showcases the science, technology engineering, and mathematical underpinnings of the animated films produced by the artists and computer technicians at Pixar.

The exhibit The Science Behind Pixar is comprised of over forty interactive elements which are divided into eight sections, each one focusing on one step in the filmmaking process: Modeling, Rigging, Surfaces, Sets and Cameras, Animation, Simulation, Lighting, and Rendering.  Each section provides museum visitors with a behind-the-scenes look at the filmmaking process. Hands-on activities in the exhibit were inspired by the studio’s productions, from the world’s first 3D computer-animated film, Toy Story (1995) to Inside Out (2015).  Please note this exhibit is spread out over two galleries and it takes about one hour to see everything.  Timed-entry tickets are necessary to explore The Science Behind Pixar and to attend the conversation with Becky Nieman-Cobb and Domee Shi.

This event is for adults twenty-one years of age and over.  Tickets are $40 through Eventbrite and will not be available at the door.  These tickets cover free on-site parking in the subterranean garage structure, snacks, one complimentary cocktail, and access to a dozen exhibits, including the biology exhibit YOU! The Experience, the physics exhibit Science Storms, and the mathematical exhibit Numbers in Nature: A Mirror Maze.  There will also be a cash bar.  Please note that tickets for MSI After Hours events are not refundable.

Guests who attend MSI After Hours will get 25% (up to $5) off Lyft rides to and from the Museum of Science and Industry.  Click here for the coupon code.

Often stylized as the “Museum of Science and Industry, Chicago” or the “Museum of Science + Industry” the institution is located at the northern end of Jackson Park, on the south side of 57th Street, between Lake Shore Drive to the east and Cornell Drive to the west, in the East Hyde Park neighborhood of the Hyde Park Community Area (Community Area #41) on the South Side of Chicago.  The address is 5700 South Lake Shore Drive, Chicago, Illinois 60637.  The M.S.I. is open every day of the year with two exceptions: Thanksgiving Day and Christmas Day.  On most days, it is open from 9:30 a.m. to 4:00 p.m., but during peak periods it is open from 9:30 a.m. to 5:30 p.m.  The Website is https://www.msichicago.org/ and the phone number is (773) 684-1414. 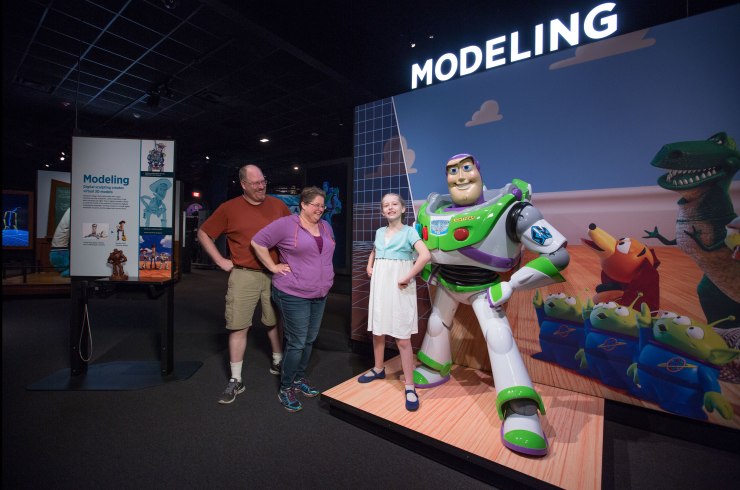 1 thought on ““When is the Pixar Night Event for Adults at the Museum of Science & Industry?” by S.M. O’Connor”