With the new Nichols Library and Naper Boulevard Library coming under strain trying to meet the needs of the growing population of Naperville, Illinois, on January 4, 1996, the Naperville Public Library (N.P.L.) Board of Trustees purchased a three-acre parcel of land at 95th Street and (the appropriately named) Book Road in southwest Naperville to build the second branch library.  [Today, the 95th Street Library is nowhere near Book Road, as the Neuqua Valley High School and a strip mall come between the 95th Street Library and Book Road, for reasons that will be explained below.]  This is in the large portion of Naperville that lies within Will County.

The Naperville Public Library Board commissioned studies to ensure the largest building possible was constructed within the constraints of the second branch library’s location. On the Naperville Public Library’s behalf, the Naperville City Council negotiated with the Naperville Park District for a 6.5-acre parcel west of the original site. On April 28, 2002, ground was broken. At 73,000 square feet, the 95th Street Library is the largest of the Naperville Public Library’s three facilities. The $15,800,000 structure opened on September 21, 2003, which was one day short of the 105th anniversary of when the Old Nichols Library opened its doors. Remarkably for a public building in Illinois, it opened on time and $100,000 under budget.   The N.P.L. emphasizes that it has three full-service libraries. Given the relative size of the Naper Boulevard Library and 95th Street Library compared to the Nicholas Library, it would be fair to say the N.P.L. operates three sister libraries rather than a central library with two branch libraries.

The façade is comprised of French terracotta, which is quite durable.  There is more of this French terracotta inside, around the elevator.  At least initially, School District 204 had office space in the building.

Figure 1 Credit: Sean M. O’Connor Caption: This is the 95th Street Library (N.S.L.), a branch of the Naperville Public Library (N.P.L.) in Will County, as seen from Cedar Glade Drive on Monday, September 17, 2018. 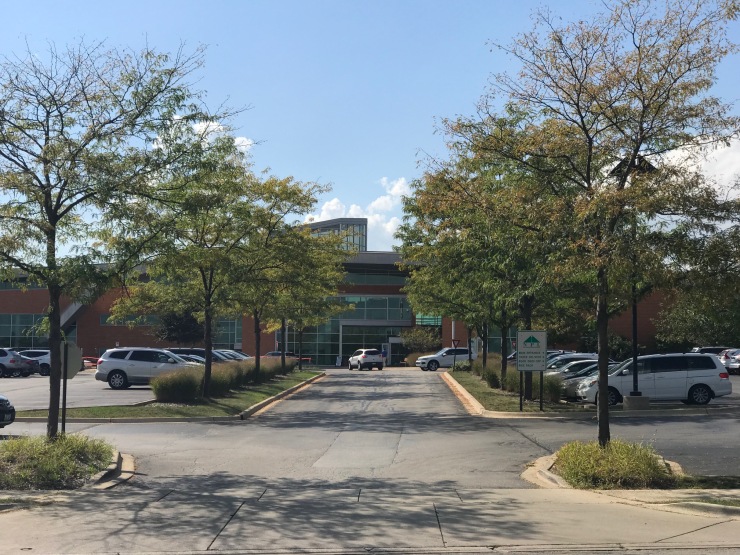 Figure 2 Credit: Sean M. O’Connor Caption: This is the main entrance of the 95th Street Library, as seen from Cedar Glade Drive on Monday, September 17, 2018.

There is a sculpture of Sam-I-Am from Dr. Seuss’s classic children’s book Green Eggs and Ham near the main entrance of the 95th Street Library that was installed in 2008.[1]  The first time one visits this library with a child, grandchild, niece or nephew, if that child is old enough to have heard this book read aloud to him (or her) or to have read it for himself (or herself), one simply must take a picture of that child with this sculpture.

Figure 5 Credit: Sean M. O’Connor Caption: This bench near the front entrance was well-chosen because not only is it sturdy and sleek-looking, but it also matches the color of the terracotta wall panels.

In 2003, Mahvash and David Harris opened the Napoleon Bakery & Café inside the 95th Street Library.  Over a year later, as Kathy Cichon reported in a Naperville Sun article, they continued to find it difficult to drum up business from library patrons (“Café still struggling to brew up business”).  Amy Boerema reported in a Daily Herald article on December 6, 2004 this seemed to be part of a trend.  Ms. Boerema wrote, “Similar coffee shops in libraries in Elmhurst, Batavia and Schaumburg Township also have faced challenges. They may not be losing money, but they’re not hauling in huge profits, either, their owners said.” (“‘Gold mine’ isn’t panning out Coffee shops in Naperville library, others aren’t proving as successful as owners had hoped”).  In 2005, Mahvash and David Harris moved their operation to a location on Route 59 in Aurora.   Unfortunately, despite positive reviews from customers on Yelp in 2007 and 2008, the establishment closed.

Seven years later, the 95th Street Library underwent renovations in a 3,000-square-foot area from April to mid-November of 2017.  The whole ground floor was reorganized so social areas would be more clearly defined and seating would be concentrated near the windows.  The teen area expanded.  A new computer area opened.  More seating areas were added.  Energy-efficient L.E.D. lights were added in the stacks and seating areas.  The lobby, children’s feature and play area, and the children’s program room were remodeled.  The new entrance has energy-efficient swinging doors.  New durable carpeting and vinyl tile flooring was installed.  Additional electrical floor outlets were installed.  Furniture was replaced.  A new security camera system was installed.  The H.V.A.C. (heating, venting, and air-conditioning) system was overhauled and a better controls package was installed.

Karen Dunford replaced Olya Tymciurak as the Library Manager of the 95th Street Library.  She has worked for the Naperville Public Library for thirty years, having started as a Reference Librarian in 1988.  She held that position until 1996.  For the next ten years, she served as Adult Services Supervisor at the Nichols Library.  She has been Library Manager at the N.S.L. since November of 2013.  Beforehand, she served as Art and Music Librarian at the Newark Public Library in Newark, New Jersey in 1978 and worked at the Mercer County Library in New Jersey from 1979 to 1986, first as the Branch Librarian at the Hickory Corner Branch Library and then as Children’s Librarian of East Branches.

The 95th Street Library faces Cedar Glade Drive, which lies between the library building and high school buildings.  This is very convenient for high school students, and the day I visited, there were numerous teenagers in a dedicated computer lab on the ground floor.

[1] Published in 1960, Dr. Seuss’s book Green Eggs and Ham is the third-largest-selling book in the English language.  Theodore Seuss Geisel (1904-1991) wrote the book as a result of a $50 bet with his publisher, Bennett Cerf (1898-1971) that Dr. Seuss could not write an entertaining Beginner Book using only fifty different words when Dr. Seuss complained he had used 236 different words in The Cat in the Hat.

[2] Illinois Route 59 is a north-south highway that runs from Route 173 in Antioch, Illinois in Lake County to the north to I-55 in Shorewood, Illinois in Will County to the south.  Illinois Route 59 runs parallel with the Fox River and is about five miles east of the river.  This is a major route through the outer-ring western suburbs.  Until recently, these were exurbs and when one goes west of Route 59, and even as one approaches it in many places, there is a rural or sylvan aspect to the landscape.  It has been astonishing to witness this corner of Naperville fill in so quickly.