Journeyman Distillery in Three Oaks, Michigan and The Field Museum of Natural History in Chicago announced on Sunday, July 1, 2018 they were cooperating in the development of a gin and vodka.  Field Gin has a listed retail price of $39.99 and Field Vodka has a listed retail price of $29.99.  Both are offered in limited quantities at select bars, restaurants, and retailers (including Binny’s Beverage Depot) throughout Illinois, as well as at The Field Museum and in the tasting room of Journeyman Distillery.  They became available in July after a press preview on Monday, July 9, 2018 at Tenzing Wine & Spirits, Journeyman’s Illinois distributor, which is located at 165 North Morgan Street in Chicago.

Field Gin is made with twenty-seven historical botanicals introduced at Chicago’s first World’s Fair, the World’s Columbian Exposition (1893).  This is almost double the amount of botanicals typically used to make gin.  These botanicals range from anise to yucca root.  Field Vodka id distilled from Illinois-grown Bloody Butcher corn, an heirloom variety of organic red corn.  It is gluten free.

For the press preview, The Field Museum staged a mini-exhibition of the botanicals used to make the Field Gin – fourteen of which are the actual preserved specimens that were displayed at the World’s Columbian Exposition, and which are part of The Field Museum’s vast collection of artifacts and plant, animal, and fossilized specimens.  Cocktails and appetizers paired to the spirits (distilled beverages, also known as hard liquor) were served.  Christine Niezgoda, then The Field Museum’s Botany Collections Manager,[1] was on hand to answer questions.

“This is an incredible opportunity. We’ve done collaborations with other distillers, bars and restaurants, but never with what I consider an American icon,” stated Bill Welter, who founded Journeyman in Three Oaks, Michigan in 2010.

Most gins contain between ten and fifteen botanicals. “To grab as much history as we could, we had to use more than the average. There were just so many cool ingredients to choose from. We wanted to try and capture a piece of Chicago’s history in the spirit itself,” Welter stated.

This is The Field Museum’s first collaboration on the production of spirits, though not its first foray into alcoholic beverages inspired by history and education. Since 2013, The Field Museum has partnered with craft breweries, including Off Color Brewing and Two Brothers Brewing Co., on four beers. Megan Williams, Director of Business Enterprises at The Field Museum who developed the beer partnership program, met Welter through The Field Museum’s then-executive chef, a friend of Welter’s wife Johanna.

“The next step for us has always been spirits and finding the right match. After meeting Bill and Johanna, it was clear we were aligned. They love history and science. I love their thoughtfulness and genuineness,” stated Williams.

To find inspiration for the spirits, Williams took the Journeyman team on a four-hour behind-the-scenes tour of The Field Museum, which led to Ms. Niezgoda’s department—she oversees a collection of more than 2,500,000 historical specimens—and opened a discussion of the 1,500 botanicals brought to the World’s Columbian Exposition from around the world. Ms. Niezgoda sent Welter a list of the 1,500 items, from which he narrowed it down to fifty and eventually selected twenty-seven, sourcing and individually macerating each in a base spirit in order to taste them.

“The specimens we’ve preserved as well as those unfortunately lost or damaged over time are a testament to how vital the act of collecting is to the Field Museum’s primary role as a scientific research collection institution,” Ms. Niezgoda stated. “I am pleased that the botanical collections served as an inspiration for the formulation of these exciting new distilled spirits from Journeyman.”

Journeyman Distillery and The Field Museum planned to release a historically-inspired whiskey, using some of the same ingredients, in October of 2018.  To make Field Rye, Journeyman distillers took Last Feather Rye and macerated Black Mission Fig.  Field Rye has flavors of sweet melon, banana, and strawberry.   A bottle currently sells at Binny’s for $59.99 or a case of six sells for $341.94.

“The fig tree is the earliest domesticated plant,” Jim Phillips, Curator Emeritus of Near Eastern Anthropology at the Field Museum stated.  The common fig was eaten throughout ancient Greece and several important writers mentioned it.  The earliest known cultivation of the fig occurred in Neolithic Israel.  “Figs and dates were the earliest fruits used as sweeteners,” Dr. Phillips explained.

The Field Museum and Journeyman Distillery explicated, “Many finished whiskies are produced using alternative barrel aging finishes such as sherry, port or wine casks — even alternative spirits casks such as Rum or Tequila are often used.  What makes the Field Rye unique is that the whiskey is already mature and additional barrel aging regiments were not the objective.”

“Similar to blending or finishing a whiskey, finding a way to add more complexity to the whiskey was the objective, but so was the historical precedence for this particular project with the Field,” Welter stated.

Founded in 2010, Journeyman Distillery crafts organic, kosher and gluten-free certified spirits in the historic factory of the Warren Featherbone Company in Three Oaks, Michigan, a company that, oddly enough, I have written about before. The distillery prides itself on using the highest quality grains sourced from Midwestern organic farmers to craft its award-winning spirits. Journeyman spirits are distributed in eighteen states, and Washington, D.C., as well as foreign countries, and are also available in the distillery’s tasting room and its full-service restaurant, Staymaker, in Three Oaks. 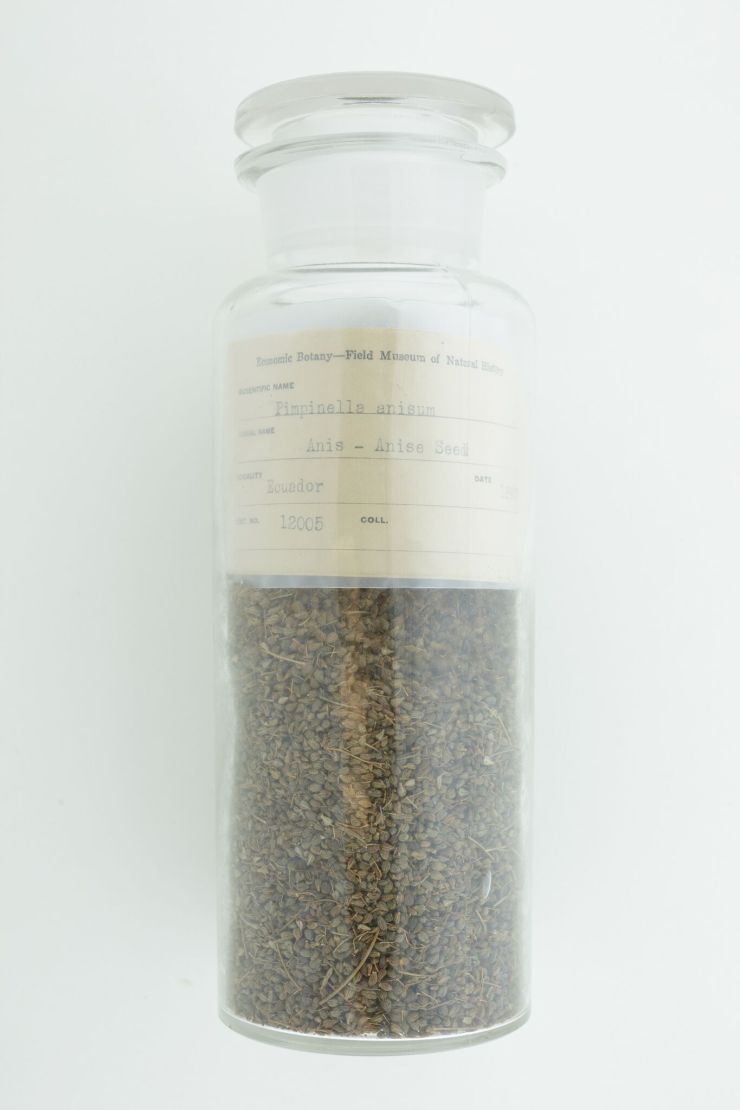 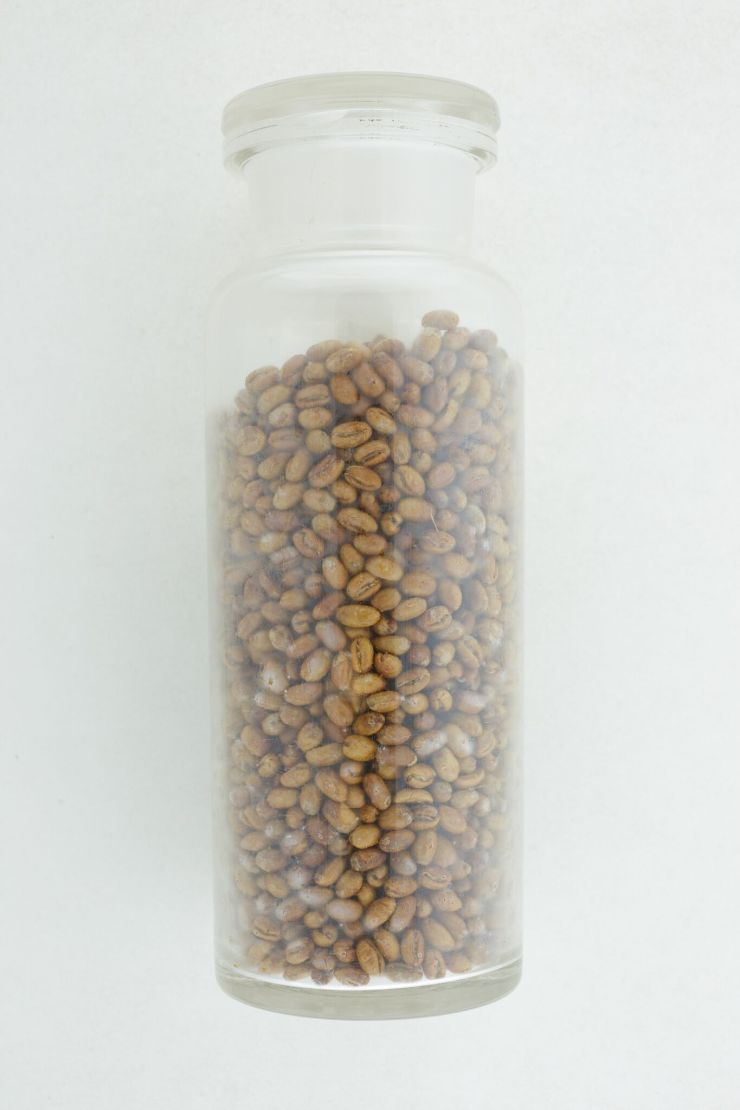 Figure 2 Credit: The Field Museum caption: This is a container of Coffee Jamaica Blue Mountain. 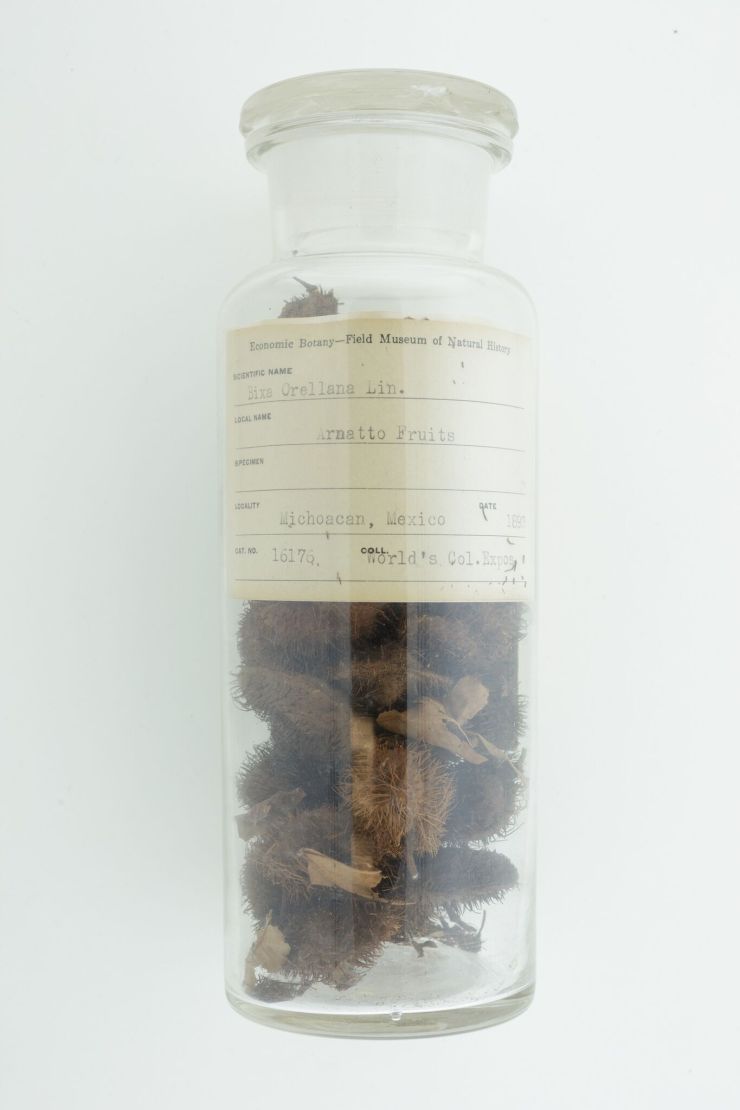 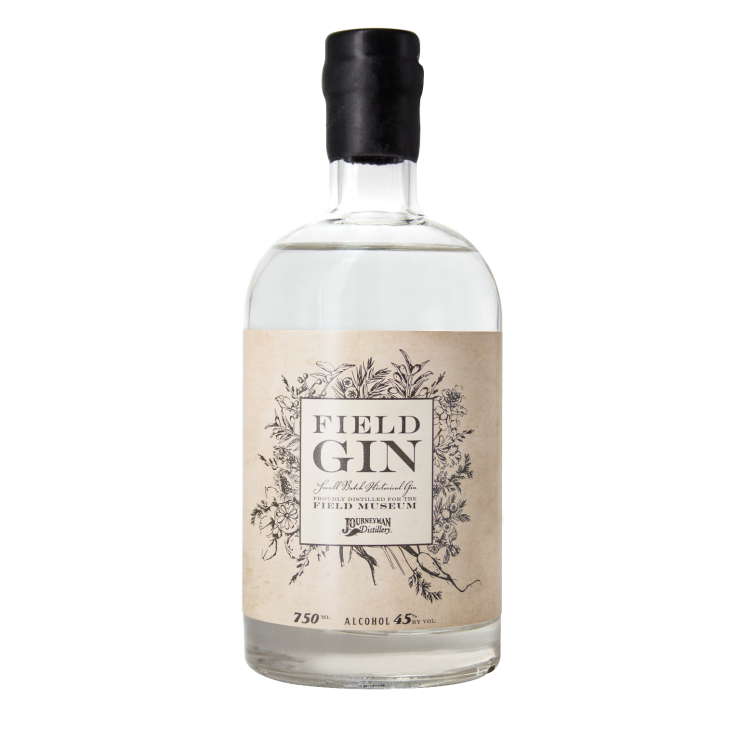 Figure 4 Credit: The Field Museum caption: This is how a bottle of Field Gin looks. 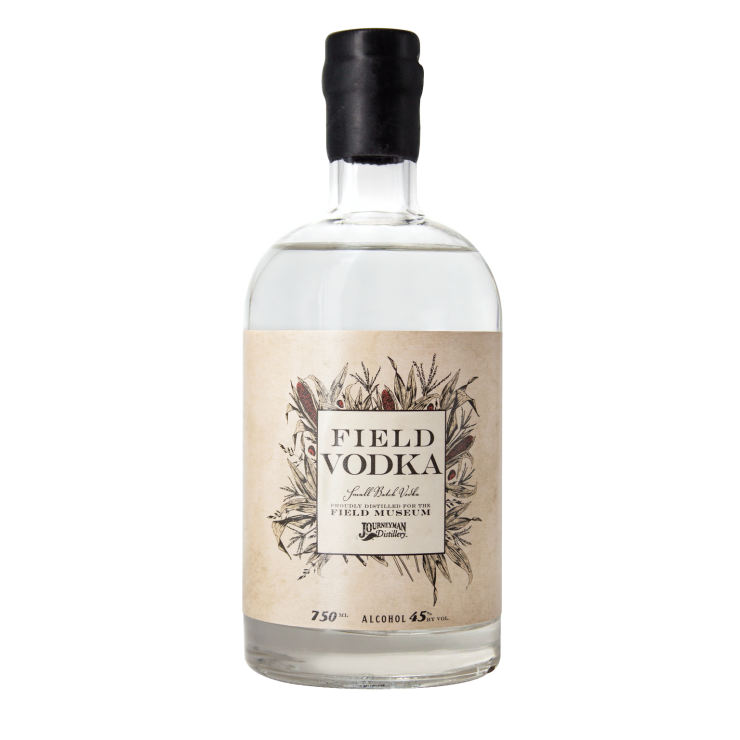 Figure 5 Credit: The Field Museum caption: This is how a bottle of Field Vodka looks. 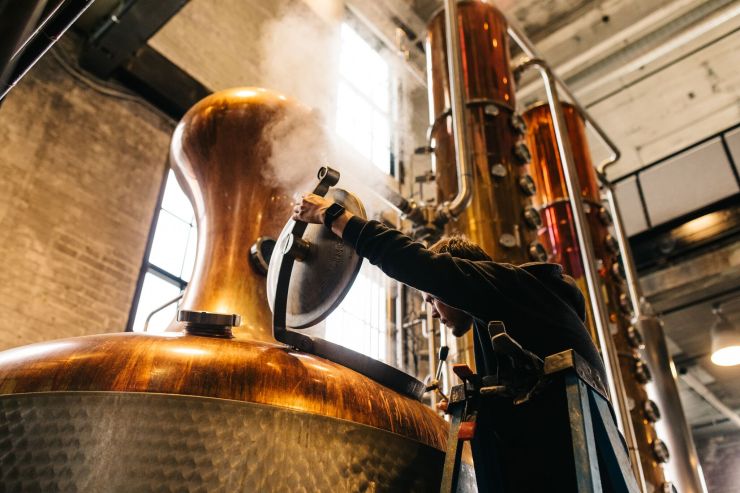 Figure 6 Credit: The Field Museum Caption: This is a glimpse of the distilling process. 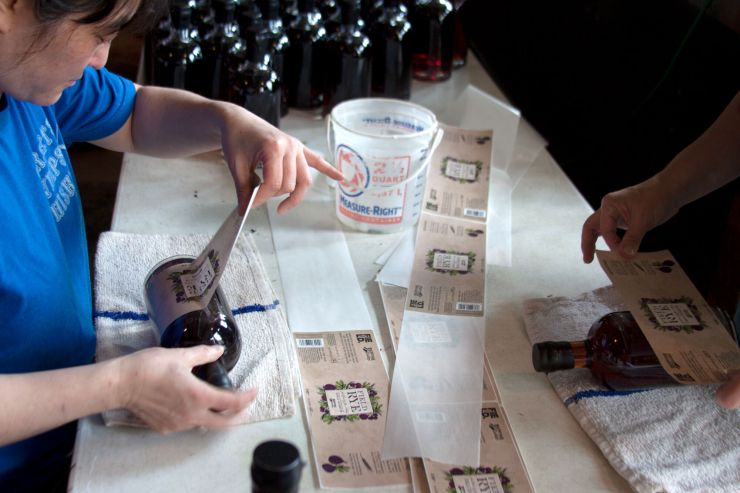 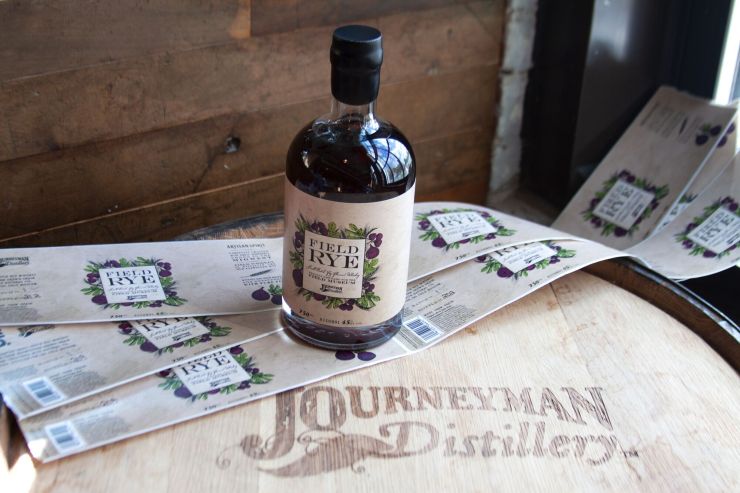 Figure 8 Credit: The Field Museum Caption: This is a bottle of Field Rye at the Journeyman Distillery atop bottle labels. 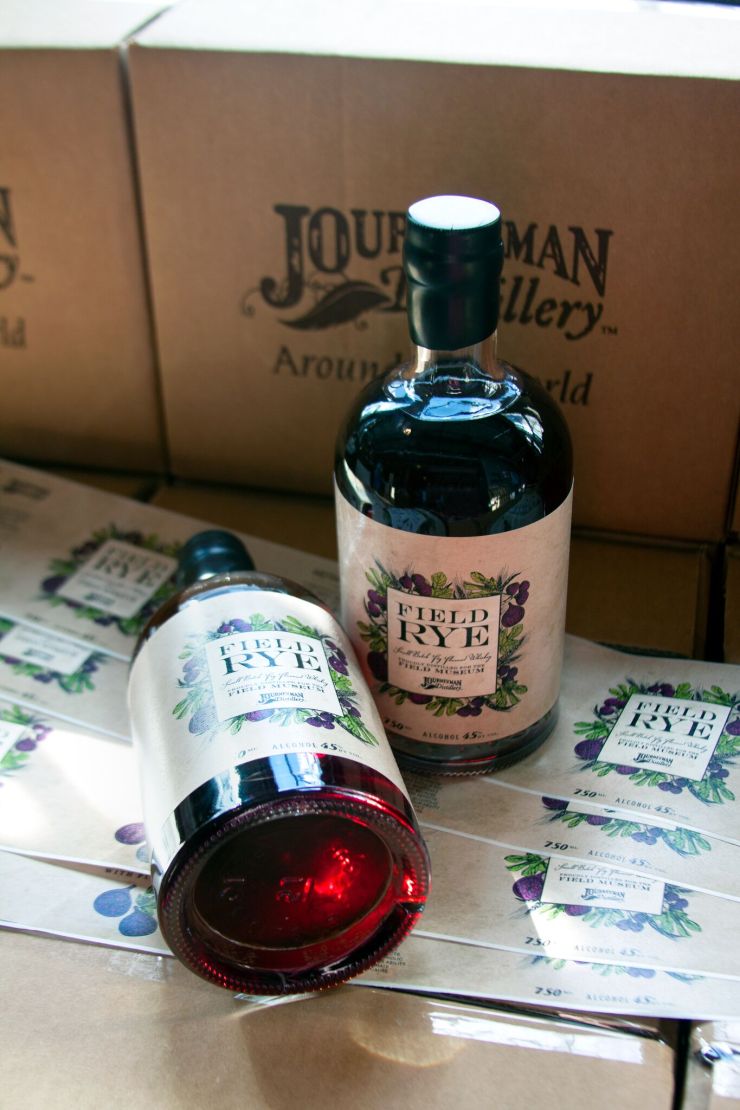 Figure 9 Credit: The Field Museum Caption: This is another glimpse of the bottling process of Field Rye.

Figure 10 Credit: The Field Museum caption: This is hero shot of a bottle of Field Rye. 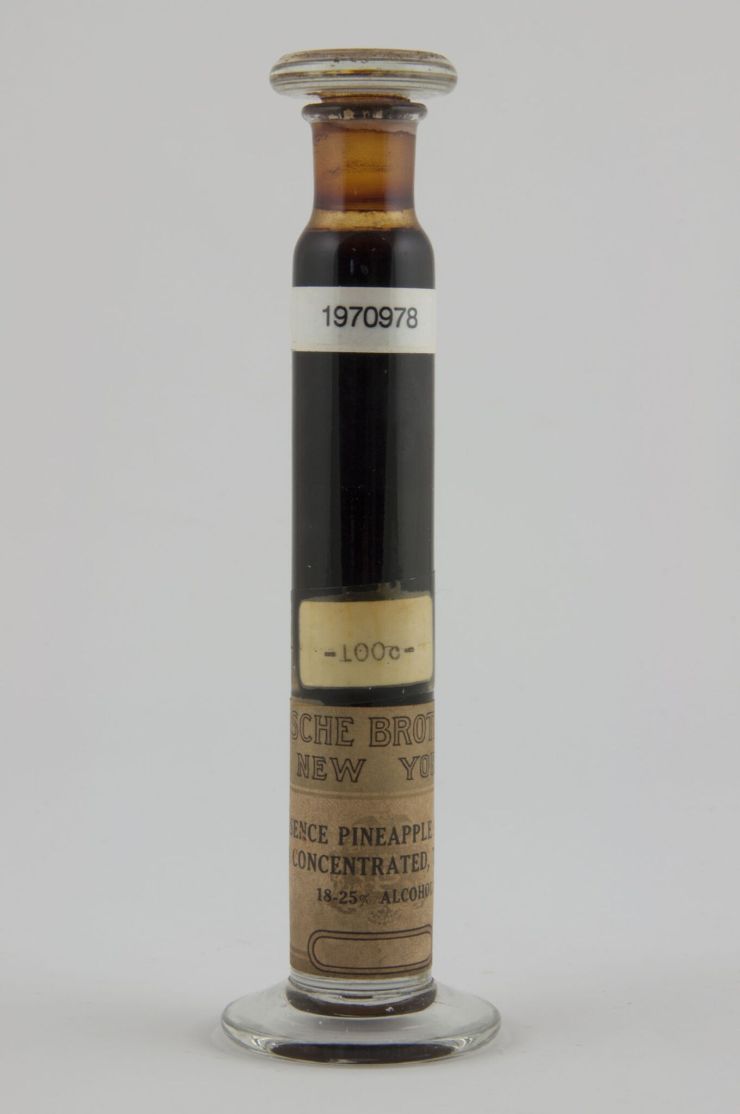 Figure 11 Credit: The Field Museum Caption: This is a bottle of pineapple extract.