The sculptures will be displayed along a winding path on the east side of the zoological park.  For the map, click here.

Some of the sculptures, including the lion, giraffe, snow leopard, and pangolin correspond with real animals at Brookfield Zoo.  Others, such as the elephant and giant panda and its cubs, have no living counterparts at Brookfield Zoo at present.

The exhibit should appeal to children, Adult Fans of LEGO® (A.F.O.L.), art lovers, and people interested in zoology.  Exhibit visitors can take selfies in a Safari Jeep comprised of LEGO® bricks.  The gift shop near the exhibit’s exit will be selling a variety of brick-themed products.  Colorful exhibit labels next to each sculpture will feature facts and poems about the animals in question.  Metro by T- – Mobile is sponsoring the exhibit.

Figure 1 Caption: This elephant is one of the over forty animal sculptures that will be on display in the exhibit Brick Safari at Brookfield Zoo.

Figure 2 Caption: These macaws are two of the over forty animal sculptures that will be on display in the exhibit Brick Safari at Brookfield Zoo. 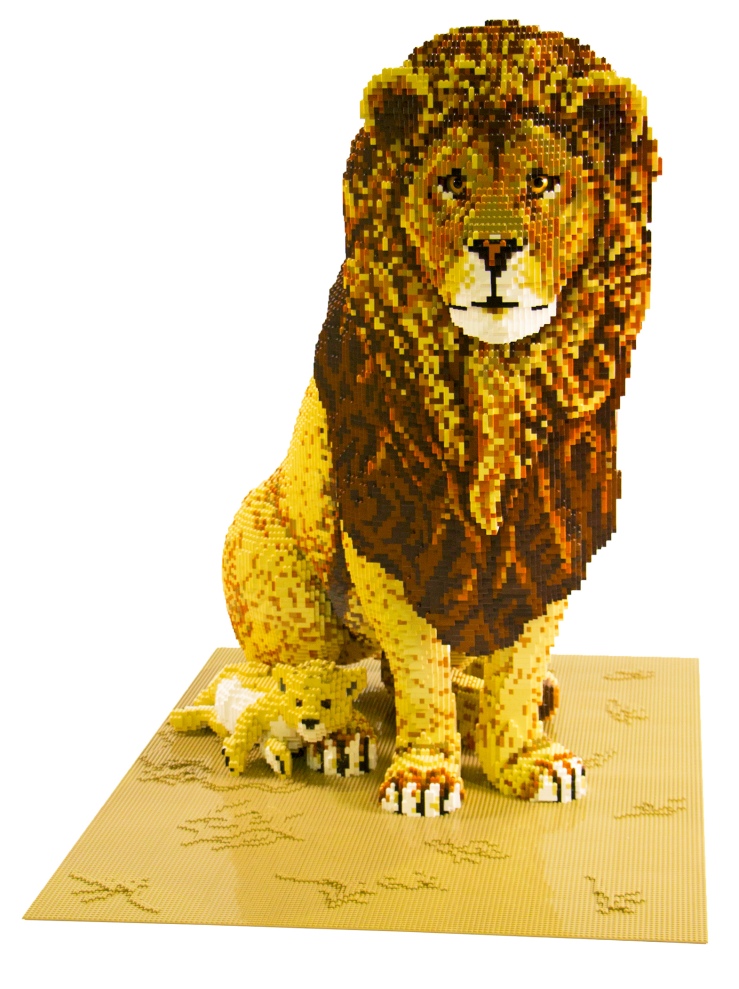 Figure 3 Caption: A lion and lion cub are two of the over forty animal sculptures that will be on display in the exhibit Brick Safari at Brookfield Zoo.

BRICKLIVE Group and Bright Bricks employ about sixty people in the U.K.  [Please note that The LEGO® Group does not own BRICKLIVE Group and Bright Bricks.]  Their parent company, Live Company Group, operates BRICKLIVE events worldwide.  Brick Safari has toured Twycross Zoo (in the village of Norton Juxta Twycross in the County of Leicestershire in the English Midlands); the Royal Horticultural Society’s Garden at Wisley (in the county of Surrey south of London); and Marwell Zoo (in the village of Owslebury outside the city of Winchester in the county of Hampshire on the south coast of England).  It has also appeared at BRICKLIVE events in Glasgow, Scotland; Birmingham, England; and Basel, Switzerland.

The Chicago Zoological Society is a private, non-profit organization that operates Brookfield Zoo on property that belongs to the Forest Preserves of Cook County (formerly called the Forest Preserve District of Cook County).  The Association of Zoos and Aquariums (A.Z.A.) accredits the Brookfield Zoo (as well as the Lincoln Park Zoo and the Shedd Aquarium).  It is located in west suburban Brookfield, Illinois fourteen miles west of downtown Chicago.  The address of the North gate Main Entrance is 8400 31st Street, Brookfield, Illinois 60513.  This is on 31st Street, west of 1st Avenue (and thus the Des Plaines River).  The address of the South Gate Main Entrance is 3300 Golf Road, Brookfield, Illinois 60513.  This is west of Riverside Brookfield Zoo.  It is within walking distance of the Hollywood Stop on the Metra’s B.N.S.F. Railway, which runs between Chicago and Aurora. The Website is www.CZS.org.