The giant anteater pup and his mother, Tulum, are on exhibit at the Brookfield Zoo’s Tropic World: South America again through April 13th, the 18th through the 21st of April, and from the 26th to the 29th of April.  For the schedule, go to https://www.czs.org/AnteaterPup.  This is the third pup born to Tulum and her mate, Lupito.  His sisters were born in 2015 and 2016.  [They currently live at other zoos.]  He was born on Saturday, December 15, 2018.

Giant anteater pups are born with a full coat of hair.  Pups ride around on the backs of their mothers for the first several months of their lives.

A full-grown giant anteater typically weighs fifty to eighty-six pounds.  An adult is three-to-four-feet-long, with the tail extending an additional two-to-three feet.  Giant anteaters live in Southern Mexico, Central America, and the northern two-thirds of South America (except the Andes) in grasslands, swamps, and tropical forests.  They eat ants and termites.  A two-foot-long tongue projects out from a narrow head, which allows them to eat ants and termites in their mounds.  At the Brookfield Zoo, giant anteaters eat a canned feline diet, ground dog chow, insects, and oranges. 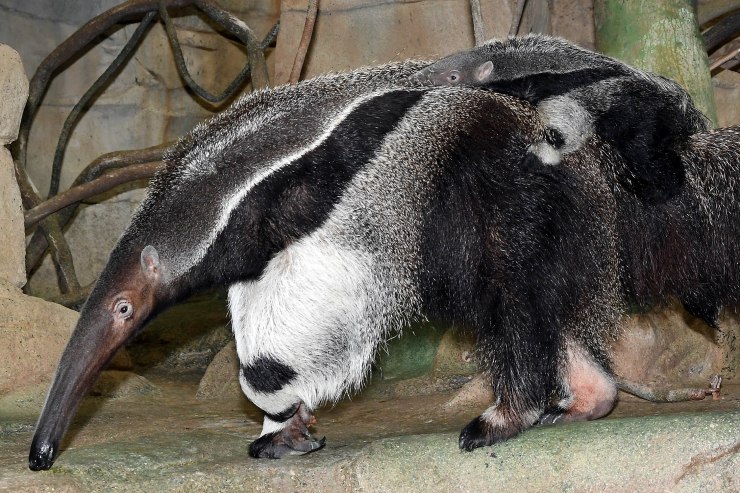 Figure 2 Credit: Jim Schulz, Chicago Zoological Society Caption: Giant anteater pups ride on the backs of their mothers for the first few months of their lives.

The Chicago Zoological Society is a private, non-profit organization that operates Brookfield Zoo on property that belongs to the Forest Preserves of Cook County (formerly called the Forest Preserve District of Cook County).  The Website is www.CZS.org.  The Associations of Zoos and Aquariums (A.Z.A.) accredits the Brookfield Zoo (as well as the Lincoln Park Zoo and the Shedd Aquarium).

The address of the South Gate Main Entrance is 3300 Golf Road, Brookfield, Illinois 60513.  This is west of Riverside Brookfield High School.  It is within walking distance of the Hollywood Stop on the Metra’s B.N.S.F. Railway, which runs between Chicago and Aurora.

In addition to the four figures Henry Hering (1874-1949) made for the corners of Stanley Field Hall, he also made the twelve plaster round lion head shield escutcheons that line it. These are replicas of the marble round lion head shield escutcheon he made for the pediment of the facade of The Field Museum of Natural History.
Follow In the Garden City on WordPress.com
Join 766 other followers