The Brookfield Zoo celebrated the fifth birthday of the orangutan Kecil (pronounced “Ka-cheel”) on Friday, January 11, 2019.  The Chicago Zoological Society (C.Z.S.) announced, “To celebrate, animal care staff decorated his habitat with bamboo, banana leaves, and orange gourds that resembled the shape of balloons in Tropic World: Asia.  Kecil was a little shy making his entrance with the crowd of guests and staff who were on hand for the occasion and sang ‘Happy Birthday to You.’  He eventually made his way out and was able to enjoy several of the five little frozen cakes made of monkey chow, chopped fruit, yogurt, and pineapple juice.  Bamboo sticks that served as candles topped each cake.  Staff also prepared a flavored ice cake filled with some of his favorite nutritious foods and topped with the number five.  However, Kekasih, Kecil’s foster sister quickly retrieved it first.”

Since his birth on January 11, 2014, Kecil has had several foster mothers. At 6 months old, he arrived at Brookfield Zoo after his biological mother at another accredited North American zoo did not provide the proper care he needed, and the optimal level of bonding was not achieved with his first foster mother.

At Brookfield Zoo, Maggie, an experienced foster mother, provided Kecil the care and attention he needed. He also was able to have ‘play dates’ for social stimulation with then 8-year-old Kekasih. However, two years later Maggie, one of the oldest female orangutans in an accredited North American zoo, died at the age of 54. In May 2016, Brookfield Zoo’s pregnant 35-year-old Sophia took on the role of Kecil’s third foster mother and provided him protection and comfort. Kekasih, Sophia’s daughter, was also part of the new family group. When Sophia’s new baby was about 9 months old, animal care staff began observing social tensions in the group, and permanently separated Kecil and Kekasih, who are still together. The two are very playful like siblings. However, when Kecil needs comforting, Kekasih is able to fill that role as well.

Due to the dedicated staff in the zoo’s Primate Department and his foster mothers, Kecil has adjusted well. Because he arrived at Brookfield Zoo at a young age and has had such an unusual upbringing, he holds a special place with his caregivers as well as with guests.

“Kecil is a very engaging orangutan,” stated Nava Greenblatt, lead primate animal care specialist for the C.Z.S. “We are proud and happy he has adapted so well to his home here at Brookfield Zoo.”

Those interested in helping care for Kecil, can participate in the C.Z.S.’s Animal Adoption program. A variety of donation packages are available, starting at $35. To adopt Kecil and for further information, visit www.CZS.org/Adopt-Kecil-Orangutan.  To learn more about Kecil, go to www.CZS.org/Kecil. 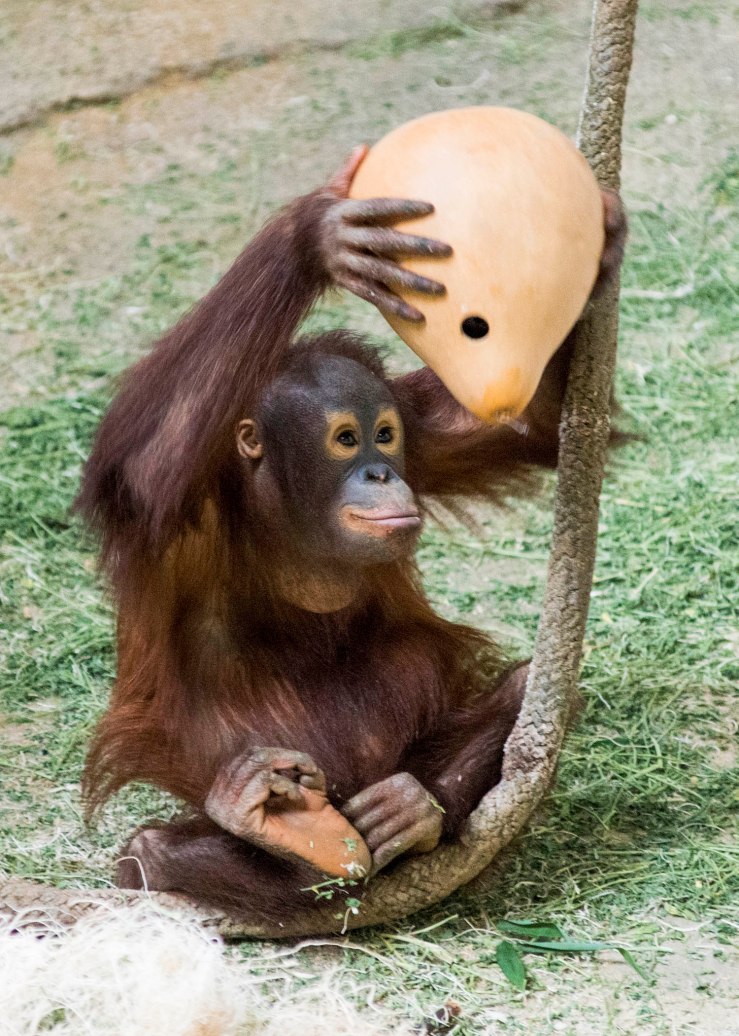 The address of the South Gate Main Entrance is 3300 Golf Road, Brookfield, Illinois 60513.  This is west of Riverside Brookfield High School.  It is within walking distance of the Hollywood Stop on the Metra’s B.N.S.F. Railway, which runs between Chicago and Aurora.

Erosion along both banks of the East Branch of the DuPage River at the point south of the bridge in Greene Valley Forest Preserve has been a problem for some time. The river is now about twice its original width there.
3312457715 SeanMOConnor@Outlook.com
%d bloggers like this: